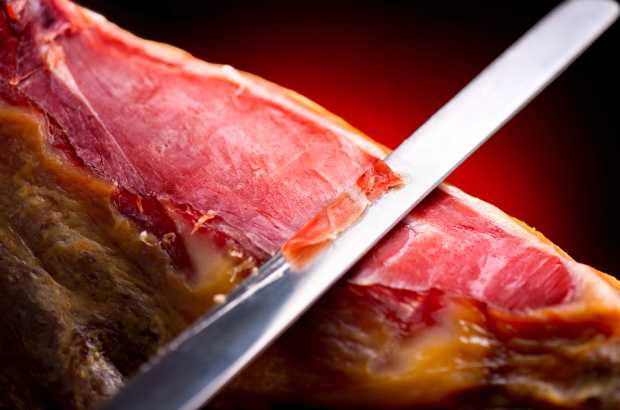 Mallorcan porc negre ham is one of the most delicious delicacies we have in our country, a food that practically everyone likes and that is also very healthy, which makes it even more perfect. Today we would like to talk to you about the health benefits of porc negre ham, which are many for almost everyone, but not for pregnant women, for example, who are not recommended to eat it.

Jamón de porc negre goes in all sorts of ways, whether on its own, with bread, on toast with avocado or with a little tomato, in a sandwich, in a scrambled egg dish or even on a pizza. It is a very versatile food that delights almost any palate.

It is a food rich in proteins, vitamins and minerals, all of which are easily assimilated by our organism. Its proteins are much healthier than those provided by red meat.
It is also very rich in vitamin B, which helps the central nervous system to remain stable, as well as increasing the production of red blood cells. It also contains vitamins C and E, which are very beneficial as antioxidants and prevent cellular ageing.
According to experts, a little bit of Iberian ham a day improves your cholesterol levels, keeps your blood pressure under control and lowers your blood sugar.
Although it contains fats, they are monounsaturated, which increases good cholesterol and decreases bad cholesterol.
It is falsely claimed to be very fattening, when in fact it provides 250 calories per 100 grams, a somewhat high amount compared to other foods, but not enough to stop eating it. Just don't eat it all the time or every day.
Tips for the consumption of Mallorcan porc negre ham

Although it is very common to eat it with a glass of wine, the truth is that red wine lingers so long on the palate that it minimises the flavour of the ham. The best thing to do is to drink it with a drink that is less invasive as far as flavours are concerned, and for that there is nothing better than water.