The Black Majorcan pig is a traditional breed of the domestic pig that is native to the Balearic Islands. The Majorcan pig, whose origins can probably be traced back to the Neolithic, when animal domestication started, is currently found in herds clustered in the central and southern part of Portugal and Spain. It seems that its origins are the cross between iberian pigs and Celtic pigs. The majorcan black pig are animals with black hair and large ears and falls flat.

oday the race is regulated and there is a pedigree to ensure its purity.

It is a rare example in the world swine production where the pig contributes so decisively to the preservation of the ecosystem. The Majorcan Black pig is currently one of the few examples of a domesticated breed which has adapted to a pastoral setting where the land is particularly rich in natural resources, in this case acorns from the holm oak, gall oak and cork oak.The numbers of the Majorcan Black pig breed have been drastically reduced since 1960.

In the past few years, however, the production of Majorcan black pigs has increased to satisfy a renewed demand for top quality meat and cured products. At the same time, breed specialisation has led to the disappearance of some ancestral varieties.

This traditional breed exhibits a good appetite and propensity to obesity, including a great capacity to accumulate intramuscular and epidermal fat. The high intramuscular fat is what produces the typical marbling; this, together with traditional feeding based on acorns, is what makes its ham taste so special. The production of meat products from Majorcan pigs is quite distinct from other meat products obtained from selected pigs raised under intensive conditions on industrial farms, and it is a good example of high quality and highly prized meat product. 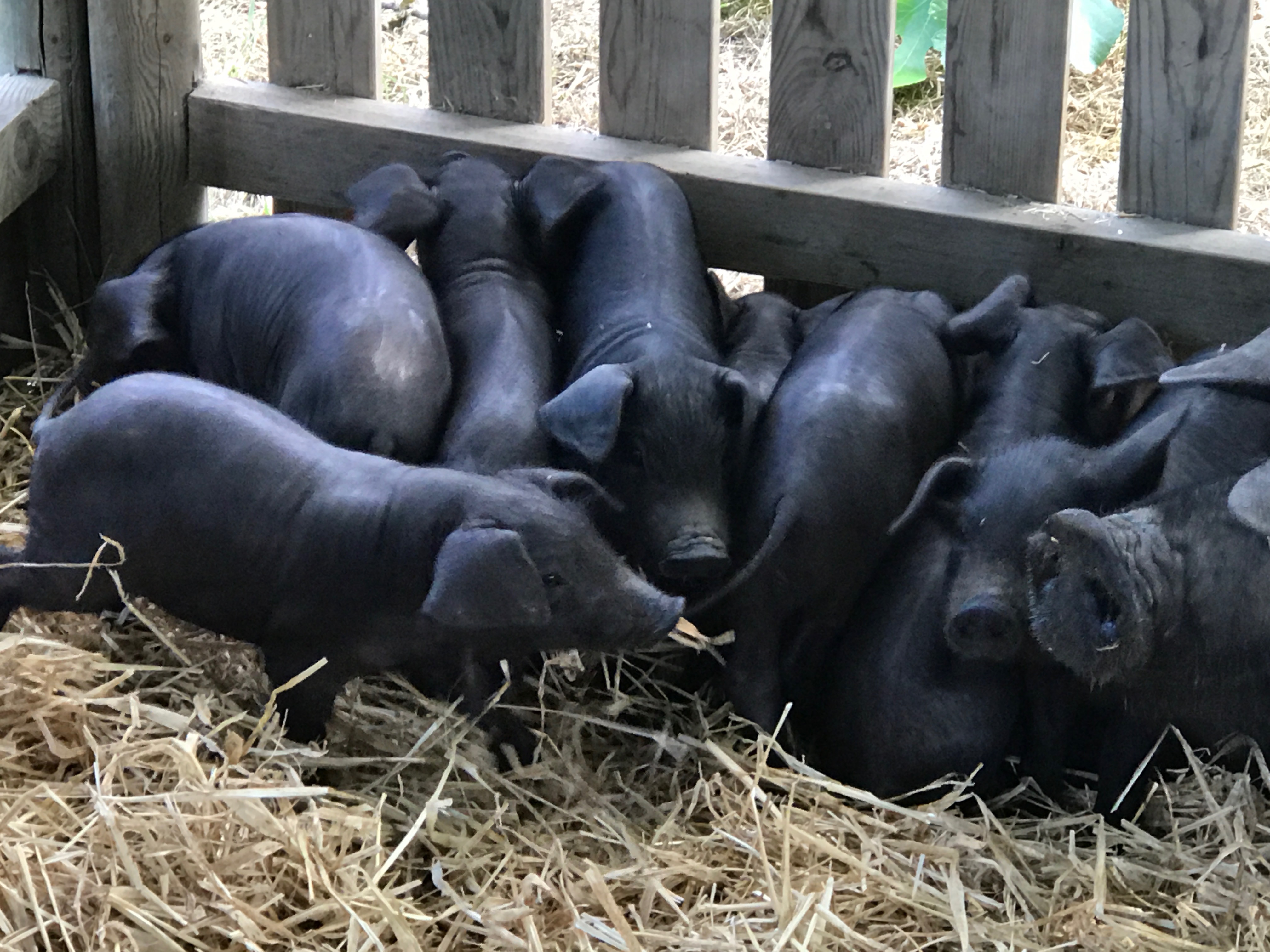